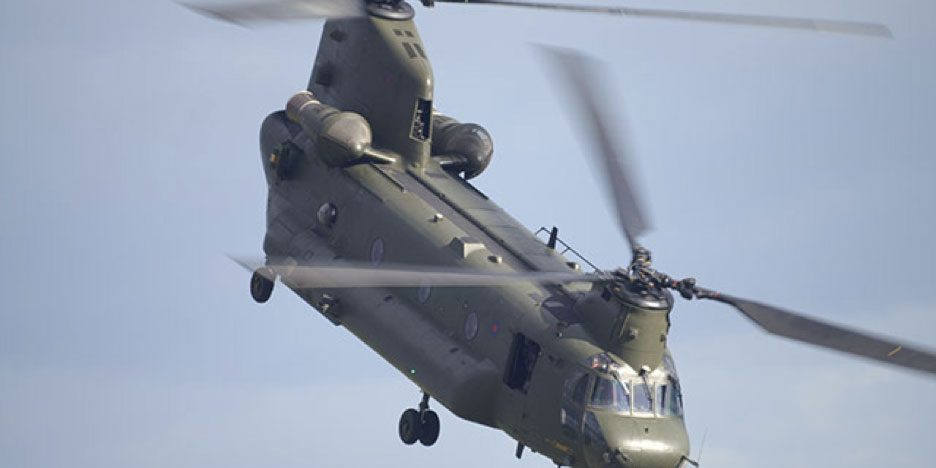 No More Shake, Rattle, and Roll…

The Chinook helicopter was introduced over 50 years ago and it has undergone numerous modifications which have impacted its specifications and performance characteristics including size, weight, payload, engine equipment, etc. However, in general terms the Chinook helicopter has an empty weight of 24,578 lb and a maximum takeoff weight of 50,000 lb. Its fuselage is just under 99 feet in length (with rotors), with a width of just over 12 feet, and a height of just under 19 feet. The diameter of the helicopter’s rotors is 60 feet. To power such an enormous helicopter the Chinook features two Honeywell T55-GA-714A turboshaft engines with FADEC. Its two engines produce a continuous power of 3,000 shp with a maximum power of 3,750 shp each.

In order to reduce the significant vibrations resultant from the forces generated by the aircraft, these helicopters employ Tungsten Alloy counterweights underneath the pilot and co-pilot seats to absorb and dissipate oscillations. Being able to fit a denser material (approximately 1.5 times denser than lead) into a smaller volume of space is essential to this application.

Tungsten Alloys have many other commercial uses including radiation shielding, high temperature tooling and applications where a high density material is required in a limited volume of space such as counterweights in engines, emergency aircraft equipment, sporting equipment, etc.